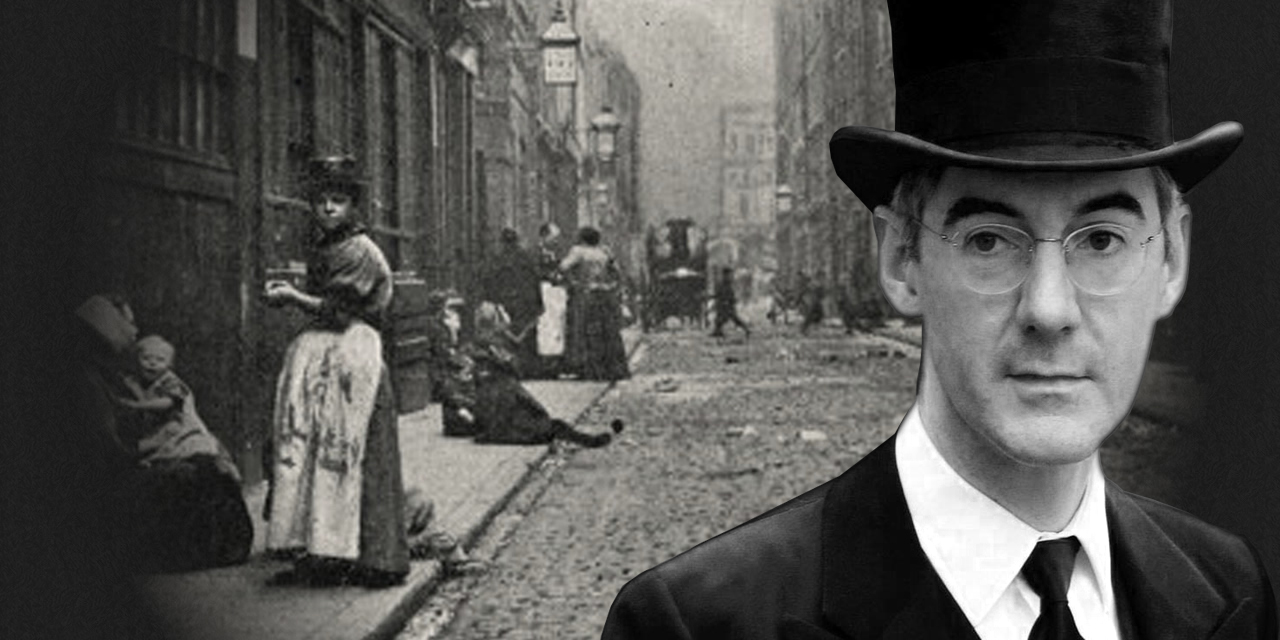 Victorian time traveller, Jacob Rees-Mogg, has been questioned by police over a series of grizzly murders that were committed in Whitechapel, London, between 1888 and 1891. Rees-Mogg spent most of yesterday afternoon being grilled by Scotland Yard detectives, before being released on bail and being picked up by his nanny.

A spokeswoman for Rees-Mogg has insisted her Jakey-Wakey is completely innocent of any wrongdoings.

Rees-Mogg was first linked with the series of gruesome murders after historians noticed a striking resemblance between the Tory politician and artists sketches of the famed murderer known as ‘Jack the Ripper’.

Further suspicion was aroused when a link was drawn between ‘Jacob’and ‘Jack’ by social media user ‘Debz Ashton-Thornley’. She posted on Facebook

There namez is practiionlly the same. A bit suspiscious if you aks me.

The original murders in Whitechapel started on April 3rd 1888 and concluded with the final murder in February 13th 1891. The murderer, despite being the subject of countless books and TV series, was never caught. Mr Rees-Mogg has, so far, been unable to account for his whereabouts on the dates of any of the murders.

My Jakey-Wakey is innocent of any crimes. Just because he doesn’t like those filthy harlots and their dirty, dirty goings on it doesn’t mean he butchered them like the cheap promiscuous tarts they are.

Mr Rees-Mogg was unavailable for comment as it was his bath time.