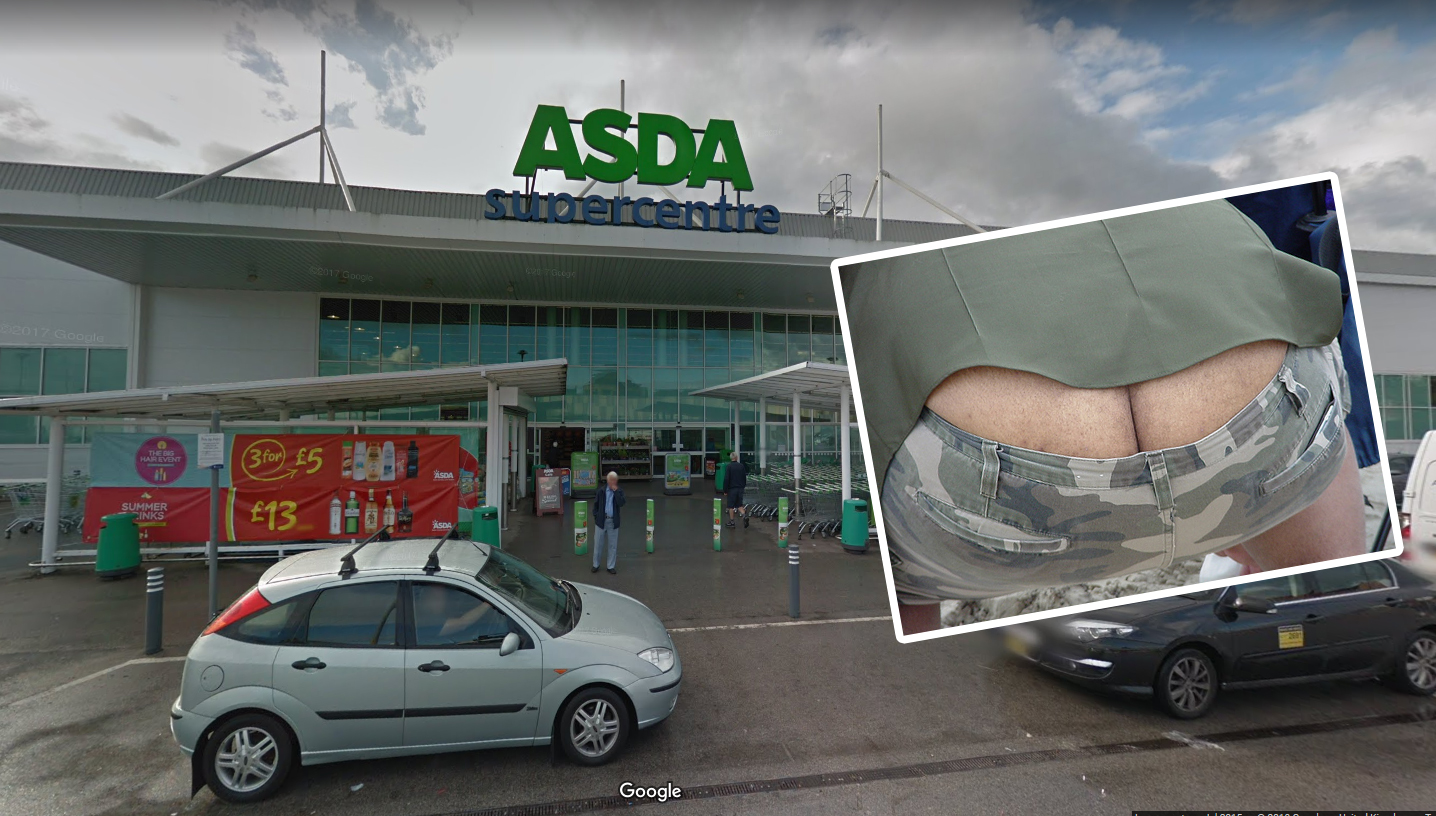 Chubby trouser tamers can now earn some extra pasty money by acting as bicycle racks outside Asda in Ellesmere Port.

The move was announced this week by Asda, as they look to offer shoppers a safe place to store their bicycles while they shop and put a little back into the community by giving jobs to lard arses.

There has been a recent spate of bicycle thefts over the last few months in Ellesmere Port, with some particularly scally-filled families robbing bikes and posting about it on Facebook. The conventional means of parking your bike outside Asda, using one of the bike racks, is no longer considered safe. Therefore Asda is providing the butt-cheeks of a particularly rotund Porthead in which to firmly wedge your front wheel.

Shoving your bike into the arse crack of a local man is completely free. The cost of hiring the human bicycle racks is being absorbed by Asda.

Shoppers are advised to give their bicycle wheels ‘a bit of a rinse’ after using one of the ‘crack racks’ and before taking their bikes back into their homes.

This is a great initiative for Asda and the local community. We’re making it safer for bicycle users and we’re giving jobs to fat people who would otherwise be eating crisps on their sofa.

Earning a few extra quid for having a bike wheel up me arse for an hour is a dream come true.

If you’d like to earn some money as a human bicycle rack and become one of Asda’s new ‘crack racks’, just pop into the store in Ellesmere Port and have a word with the staff on the customer service centre. It’s a part time role and can be performed for as little as an hour at a time.

If you’re a cyclist and you see one of the new crack racks outside Asda in Ellesmere Port, just slip your bike wheel straight in before popping into the store to do your shopping. Your bike will be perfectly safe.