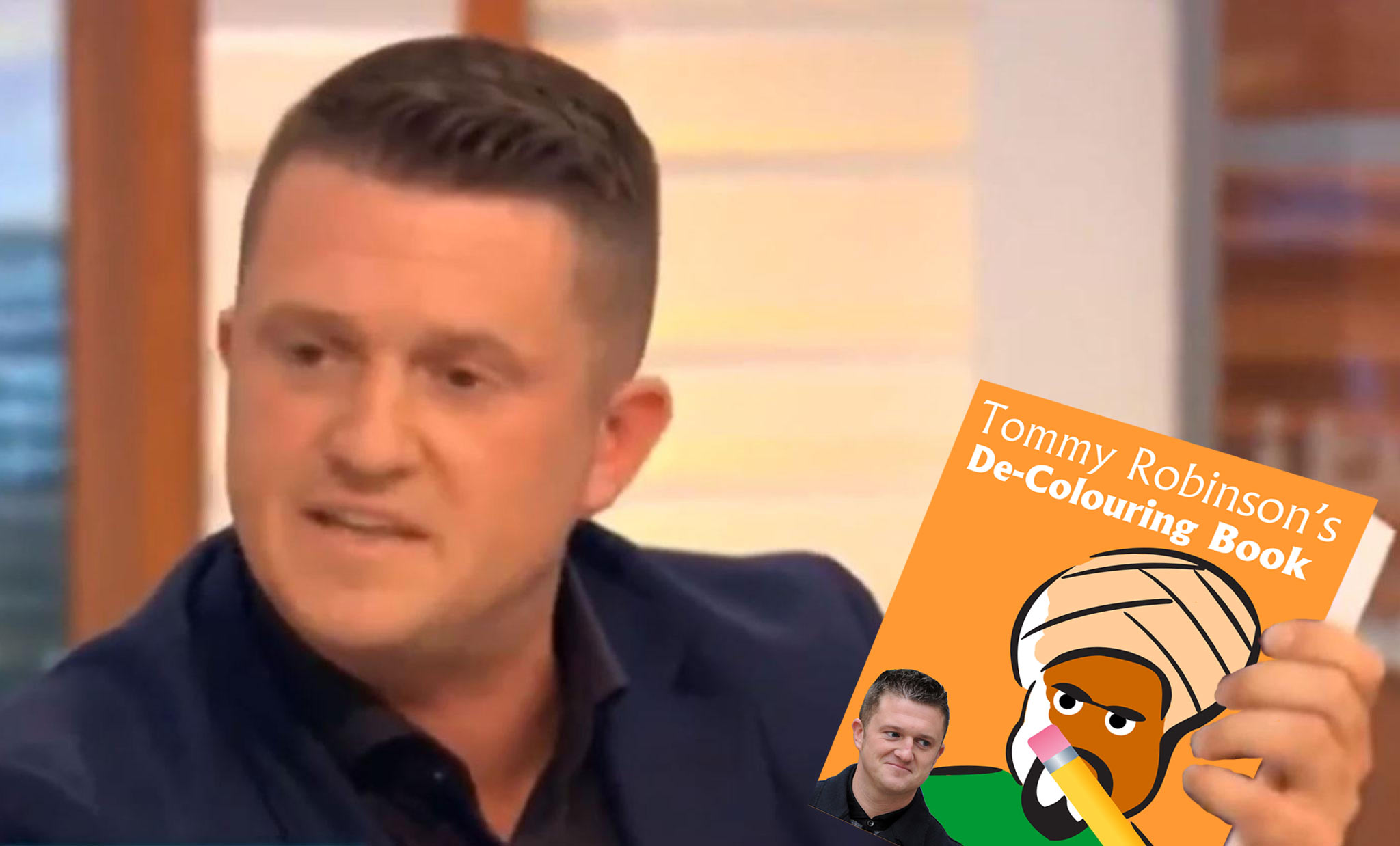 Conformity champion and former EDL leader, Tommy Robinson, has appeared on morning television to announce his de-colouring book. The new book hopes to tap into the trend of adults buying colouring books, but with a twist for those who dislike foreigners or people who look a bit different.

Unlike normal colouring books, the de-colouring book comes ‘already coloured in’, and features images of Broken Britain full of different coloured faces. Fans of Tommy need not worry, however, as he’s not gone barmy and released a book about ethnic diversity. On no.

The colour has been added with temporary pencils, and can be ‘erased’ with a supplied rubber. The whole purpose of the de-colouring book is to rub out the coloured faces.

According to the blurb, the de-colouring book offers a ‘therapeutic experience where Aryan enthusiasts can make things white, one page at a time’.

This book is proper diamond mate. You can rub out all them brown faces and make ‘em white. You know? Like our country should be innit?

The book shows pictures of people of various different ethnic origins in everyday British scenes, such as shopping at the supermarket, dropping their kids off at school and being told to ‘fuck off back to their own fucking country‘ by a racist. Every face in the book has been coloured in with a colour Tommy and his followers don’t want in Britain, and they’re able to whitewash them with the special eraser.

The book is intended for people who like pubs, fighting, talking about the war, reading the Daily Mail and Brexit.

Man arrested after failing to share albums that influenced him on...

Boris Johnson has baby he knows about

Man arrested after failing to share albums that influenced him on...