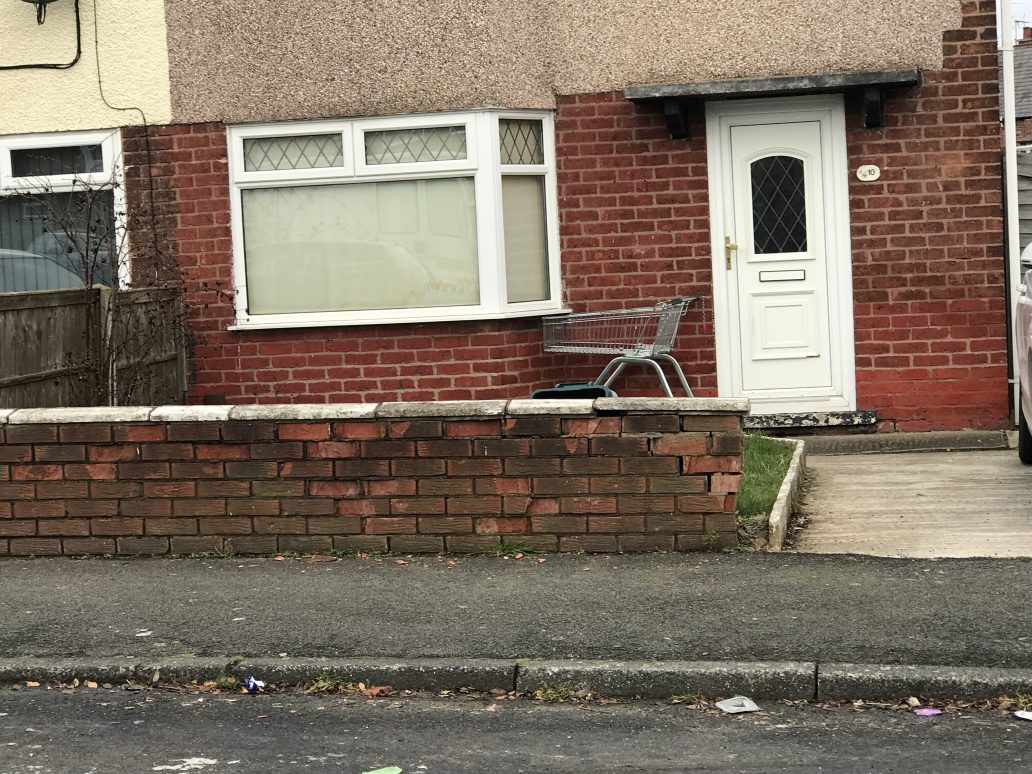 Residents of ELLESMERE PORT are expected to be some of the worst affected in the UK if the Tories’ new proposed ‘Trolley Tax’ is implemented next month.

The tax is another of the hard-hitting tariffs by the Tories to affect the lower classes, and has been dubbed by Labour MPs as another shot fired in the Tories’ “War on the Poor”.

Under the rules of the proposed new tax, any resident who displays a supermarket trolley in their front garden will be taxed a fee of £50 for a 12-month period. The tax will be automatically added on to their Council Tax, so many residents will not even be aware of the tax until their direct debits are taken.

The news is even worse for residents who have more than one trolley, or ‘multi-trolley households’. Displaying two trolleys in your front garden leads to a tax of £75 – £50 for the first trolley, and a subsequent £25 for the second trolley. Further trolleys after that carry a tax of £10 each, up to a maximum tax of £145.

While the Tories insist this tax has been proposed to raise much-needed funds within poor areas, and to encourage residents to be more conscientious to their neighbours by not abandoning shopping trolleys in their gardens, Labour MPs believe the tax is nothing more than another move in the Tories’ war against the poor.

This evil tax is just targeting those worse off, those who can’t afford to drive, can’t afford taxis to do their shopping, and need to use trolleys to get around. We’ll be voting against this tax when it is debated in Parliament.

While the tax may target residents of Ellesmere Port, the tax isn’t expected to affect the award-winning trolley installation art Ellesmere Port has recently become famous for.

The art, featuring abandoned trolleys, can be seen in multiple sites around the town.

The new ‘Trolley Tax’ is expected to become law next month, unless it can be defeated in a Commons vote.