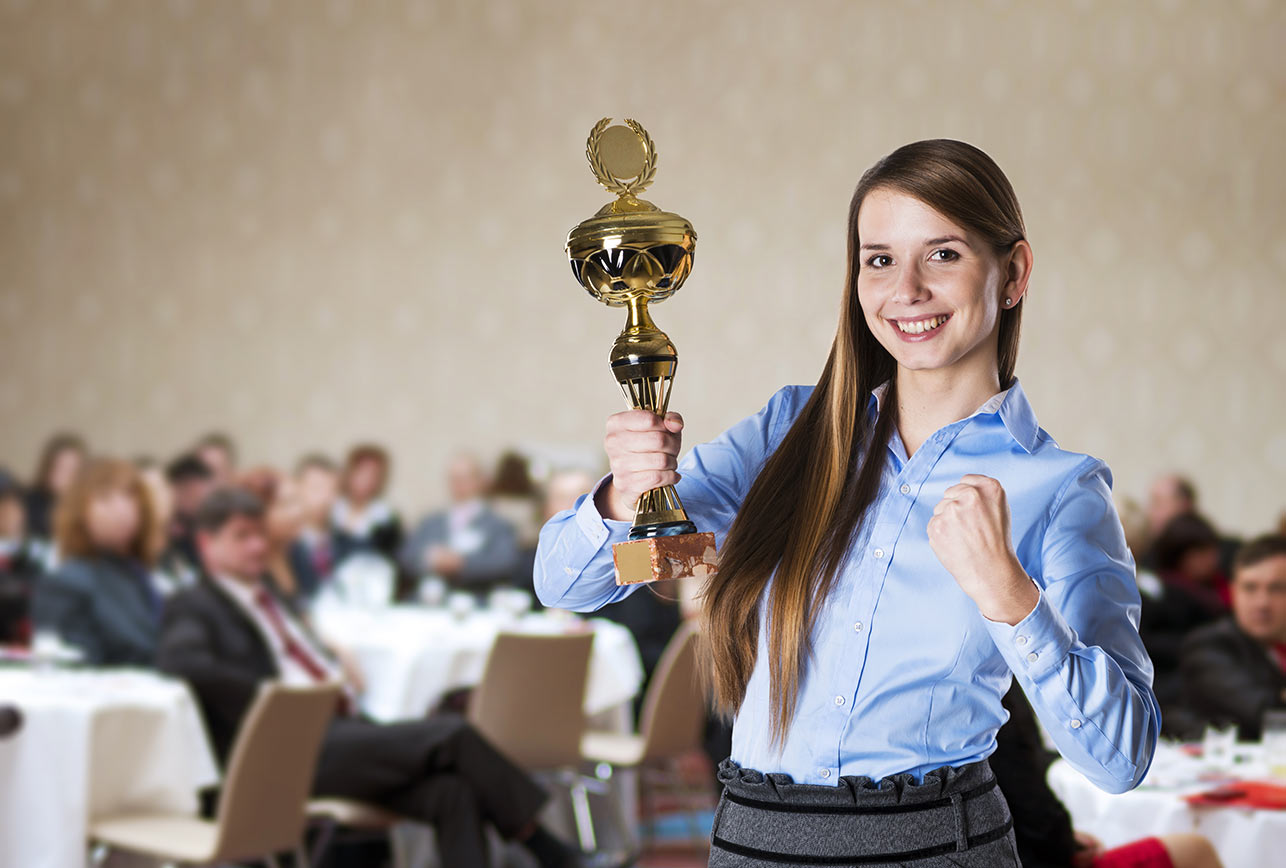 A Child Support Agency employee, from Birkenhead, has received the organisation’s top award for causing the most deaths among fathers. Jenifer Bradbury, 26, was presented with the award at the CSA’s annual awards gala last week.

In 2017, Jenifer was directly responsible for seven father suicides, the highest number caused by any caseworker last year. Jenifer was delighted with her award, but believes she could do better and plans to smash her record in 2018.

Despite wining the award, Jenifer doesn’t hold the record for most suicides caused by a CSA employee. In 2012, Sarah Dobbs, from Dudley, caused 17 suicides among fathers, and two among mothers. Sarah’s record has never been beaten, with the award presented to Jenifer known as the ‘Sarah Dobbs award for spreading death and misery’.

Sarah was so good at causing suicides, one of the calls was even a wrong number.

Jenifer says her success in causing fathers to kill themselves lies in her approach to handling cases, and creating fictitious arrears.

We’re targeted on reclaiming arrears, so we deliberately cause delays with new cases to build up arrears with fathers. We then hit them with deduction from earnings orders, reclaiming the arrears we’ve caused, hitting our targets and forcing fathers into poverty.

The tactic has been used by the CSA for many years. When asked why they don’t go after fathers who have genuine arrears and refuse to pay for their children, Jenifer commented:

That’s too hard. We just go after the soft targets. The ones that want to pay.

Jennifer is a model employee who loves her work. It helps that she really hates men, too.